While writing my own historical novel about Hawaii, I read a lot of fiction and nonfiction about the islands. Today I’m going to share with you one of my new favorite historical novels. In Dragonfruit, Malia Mattoch McManus depicts Hawaii at the time of the overthrow of monarchy with as much depth and compassion as she does the story of her main character, Eliza Dawson.

Eliza is the daughter of a wealthy sugar plantation owner and best friend of Princess Kaʻiulani. She falls deeply in love with Ben, son of an opium magnate. Neither father approves, of course, so Ben is sent away to China unaware that Eliza is pregnant with his child. Her father sells her to Abram, a rancher from the island of Molokai. Devastated by Ben’s departure, Eliza is just relieved she is able to keep her child. The marriage, of course, turns out to be a mistake. Abram is verbally abusive and powerful. Eliza has no friends on Molokai. When a fire creates confusion and chaos at the ranch, Eliza manages to escape and return to Honolulu. Meanwhile, the Hawaiian royal family is being overthrown and the monarchy destroyed. Eliza’s father supports the overthrow, and her friends in the royal family suffer. Secrets are hidden and revealed, twisting Eliza’s life as she tries to rebuild it. 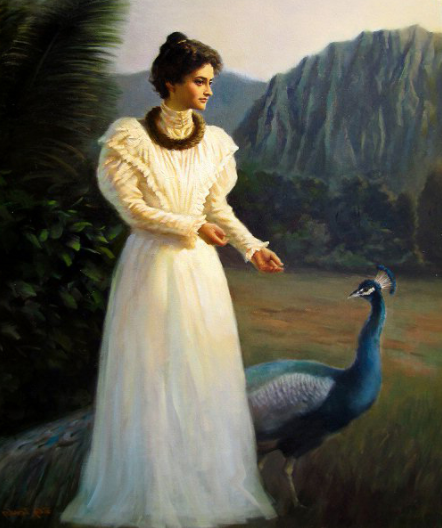 Two of the most important aspects of historical fiction are getting the time period right and creating compelling characters. In Dragonfruit, McManus does both. The lush scenery of Hawaii is described so well the reader can hear the waves crash and smell the flowers. The inclusion of Hawaiian legends and a smattering of Hawaiian words embellishes the plot. As the overthrow of the monarchy and the subsequent attempt to restore it unfolds, the reader will feel the Hawaiian’s sense of loss and the sugar planter’s greedy lust for power. The characters are richly developed. The villains have humanizing characteristics, and Eliza makes some mistakes. Nevertheless, the reader will love Eliza and fiercely want to protect her from the rancher.

A recommended read for anyone who wants to escape today’s troubles by reading about someone else’s problems that are long past and fictional.

Linda Ulleseit is a founding member of Paper Lantern Writers. She is the author of UNDER THE ALMOND TREES and  THE ALOHA SPIRIT.